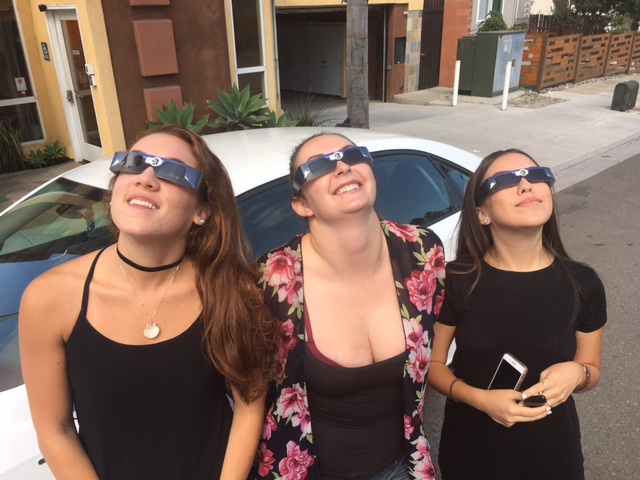 The U.S. experienced The Great American Eclipse today and our team was able to watch this wondrous spectacle! It was the first total solar eclipse in the continental U.S. in 38 years and the National Geographic called it “the most amazing celestial disappearing act seen since 1979”.

The eclipse fever was contagious and it reached coast to coast, from Oregon to South Carolina. During a span of almost two hours, 14 states experienced more than two minutes of darkness in the middle of the day. This happens because the moon completely covers the sun and the sun’s tenuous atmosphere can be seen.

San Diego is out of the path for a total eclipse, so the moon here covered part of the sun’s disk. Its maximum point of visibility occurred at 10:23am. Even during a partial solar eclipse, it is still extremely important to view it safely because the eclipse viewing glasses avoid permanently damage on your eyes.

We hope you didn’t miss it, because we won’t see another solar eclipse in San Diego until 2023.